Back to the Top of Home page

There are hundreds of different "because I" endings.
There are even several groups of because endings and issues, with dozens of beliefs in each group. None of them are accurate. Most are not true, but telling you this, at this stage won't help much.

In this new book (and on  the this website)

* How to identify your own  unbalanced or negative core beliefs, your trigger patterns and reactions

* How to conenct to your powerful MIND+BODY and HEART system to locate your old core belief and then balance it with a positive one. (You can’t do it from your mind alone because it doesn’t live up there)

* Making positive changes in your life the changes you want (the changes that will really make a difference) making changes the way you want to make them and at your own pace.

* Personal growth and freedom through self-awareness, and self-empowerment, increasing the number of positive choices you have in life.

General negative core beliefs or feelings about myself:

in danger, not safe

There are couple of hundred examples of Core Beliefs that fit those patterns, but to balance your own specific negative belief with a positive one you need first to discover what your specific "because" or issue is about. Yours will be different from people around you. There are no common or one-size-fits-all negative core beliefs.

Negative Core Beliefs develop as a small child tries to work out a "because" to help them cope with something they don't understand or are troubled by in their daily life. It might be neglect, injustice, dishonest parenting, parents with addictions, serious abuse or just feelings of vulnerability, fear or shame.

Whatever it is the child feels the need for:

1. A "because" that will help them make sense of and accept what is happening to them

2. A "because" that will help them "fit in" better in their family or at school

The trouble is that the only "because" that seems to work (at that time) is a belief "Because I am not good enough I  am ...(Child’s Negative core belief) ... so it must be my fault, not theirs."

If believing this helps the child "fit in" and "make sense" of things that are happening then this "because belief" appears to be working. So it gets reinforced every day and the more it seems to work the more it seems as though it must be "true".

Some useful information and practical exercises for understanding Negative Core Beliefs and Core Belief Balancing are included in my recently updated Core Belief PDF Series. See top of this page for information on my new book.

We are desperately chasing after reminders of things we want to forget from our childhood. We may be almost as busy today, avoiding the gifts we missed out on as children (This process is often identified as a repetitive pattern of negative self-defeating behaviour)

Almost every unbalanced or negative belief we have about ourselves seems to be connected in some way with our deepest thoughts or feelings about being:

• in danger, not safe

Within those broad belief patterns, however, are many, many different variations. Whatever your unbalanced beliefs are, they help to define your unique and individual core issues and these in turn control the way your emotionally younger systems react when those issues are triggered. It's often been said that whatever your most negative core belief about yourself might be, that's the one your parts and patterns will tend most to "dance around".

How your unbalanced core beliefs bind your reality

While you have powerful unbalanced negative beliefs in place, your sense of reality will be so tied up, polarised, bound and distorted that you literally cannot see the positive parts within you. Until you begin the balancing process, you will probably reject, even fight the reality if someone tries to tell you that you have a positive side. This happens so often that one of the easiest ways to identify a core belief is just to ask yourself what kind of compliment (about you) usually makes you feel most uncomfortable.

As a result, you will find it easier to collect ‘evidence’ that seems to prove that your negative core beliefs are true and harder to see any evidence to the contrary! If one of your beliefs is ‘My ideas are not worth listening to’ you will notice every instance where people ignore your advice (and you will be hurt by that). You may totally miss a situation where someone compliments you on a worthwhile suggestion or you may hear it but get no joy from the compliment (you may even devalue it) wondering to yourself. ‘What is he trying to get out of me?’

You will miss the truth because you are so busy trying to cope with the lie. The problem you are trying to get rid of is actually being helped to stay put.

Why is this so? Because your emotionally younger systems tend to use one fixed, automatic, repetitive polarised pattern to keep you from feeling the pain connected to a negative belief. Unfortunately, accepting a sincere compliment would also connect you to the same belief so the same automatic pattern comes in to block both positive and negative messages. To add to the problem, whatever your unique unbalanced beliefs about yourself might be, they will unconsciously attract (towards you) the kind of people whose behaviour fits in with your negative beliefs, as if you had a sign above your head inviting the very people who will trigger those beliefs to come in and do just that!

At the same time your beliefs will help you repel or distance from positive people who do not fit in with your beliefs. And this in turn, will shape many of the ways those people then react towards you! In this way, core beliefs control much of your life. They influence major life decisions including your choice of a career and marriage partner, but unfortunately in a less than positive way.

This is aptly described as a ‘self-fulfilling prophecy’, suggesting that what you expect or predict is more likely to happen because of the things you do to prepare yourself for it. This is more likely whenever your supporting beliefs tell you ‘it is going to happen again.’

What is a "trigger" and what is "triggering"?

A trigger can be an event, a specific comment, a specific experience, an action by another person, it can be a particular sight or sound, a sudden flash of a past memory, a tone of voice. Triggers (usually or always) ignite your immediate, strong and automatic reaction or bring on feelings of extreme pain, discomfort, destabilisation, fear, confusion, disappointment or devastation. Some of your triggers have been with you all your life, many have been there since early childhood. Usually, they will set off the same reaction each time you are reminded of the original situation.

All it takes is an event (Example: being ignored) that reminds you of your childhood wounding and your core pain, hearing a familiar phrase (‘you are so helpless’), being touched somewhere on your body, an emotion (someone else’s fear or anger) hearing a piece of music, even a particular aroma (familiar perfume). Even just talking about a painful past event can trigger you.

Growing Awareness sub-domains on these websites

Popular  links on these websites

Announcing - a totally revised and up to date book

FREE for a limited time only

To celebrate the launch of my new book I am happy to share it with you free for the next month, sent  by e-mail as a pdf file. 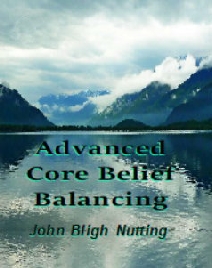 Not a condensation - This month, I’ll be sending you the whole book, 145 pages.

A new approach to core belief work based on the growing understanding that core beliefs are carried more in your body and heart than  in your mind.

Please e-mail me   bligh4@growingaware.com  and I’ll e-mail you a pdf copy.

DISCLAIMER: John Nutting as author and Growing Awareness Pty Ltd as publishers of this web-site do not dispense or recommend medical or psychiatric advice, nor prescribe the use of any technique as a form of treatment for any diagnosable medical or psychiatric conditions. Any such action should only be taken either directly or indirectly on the advice of a physician or a qualified therapist.